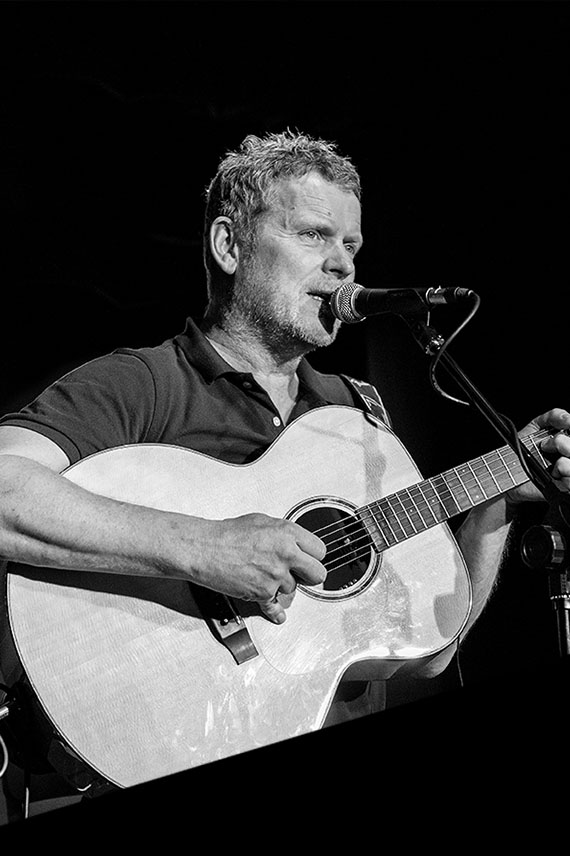 The first time round, Dodgy were only together for seven years but in that time they sold over a million records worldwide, released three albums and enjoyed 12 Top 40 singles, including Staying Out For The Summer, In A Room, If You’re Thinking Of Me and the massive hit Good Enough - officially one of the most played tracks on British radio in the last 20 years.

2018 is the 25th anniversary of the band’s breakthrough album, Homegrown and to mark this they re-recorded their classic hit, Staying Out For the Summer and gifted it to Musicians Against Homelessness. They also took the Homegrown show out to venues and festivals around the world.

What Are We Fighting For, the fifth album from the original Dodgy line-up of Nigel Clark, Mathew Priest and Andy Miller – was released on Cherry Red Records in September 2017 to amazing reviews and was the first collection of new material since their critically acclaimed reunion album, Stand Upright In A Cool Place in 2012. It was also the first album to feature new member Stu Thoy on bass who joined the band to help them tour the Stand Upright... album and has managed to hang on in there ever since.

Dodgy believe What Are We Fighting For - featuring Vanessa Wilson from the fantastic Ultrasound, is their best ever record, but they’re not the only ones – Cenzo Townshend (Florence, U2, Primal Scream etc) who worked with Dodgy on their first ever record in 1992, heard the demos and demanded to mix some tracks. Similarly, Rob Da Bank heard two tracks and offered Dodgy a slot on the Mainstage at Bestival.

On release of the album, the band secured a session on the Chris Evans Radio 2 Breakfast show; the Simon Mayo Radio 2 Drivetime show + a session with the legendary Bob Harris.

Dodgy’s 2012 comeback album Stand Upright In A Cool Place, was a long time coming, 15 years to be precise since the double platinum selling ‘Free Peace Sweet’. From the rave reviews and many media plaudits that were heaped upon 'Stand Upright….' it seemed that the original line up of the band had done the impossible - to reform and make a contemporary and relevant album that surpassed their previous work. Creating a sound with “golden harmonies and echoes of CSN&Y and Fleet Foxes”, and prompting The Word magazine to say "They’ve just made the record of their career by a country mile", The Guardian described the album as a "revelation" whilst it went on to get 4**** reviews in Mojo, Uncut, Q, The Times, The Mirror and The Express.

Gigs and festival appearances have always been a crucial part of the Dodgy experience, for many they are the perfect festival band. The band have performed at most festivals worth their salt, such as Bestival, Isle of Wight, Camp Bestival, V Festival, Glastonbury, Beautiful Days, Wychwood, Kendal Calling and many more across the UK and Europe.