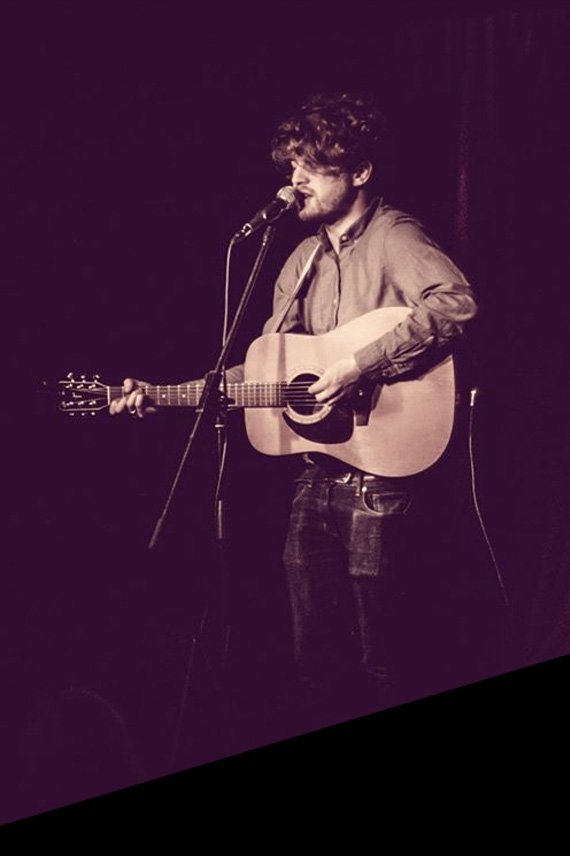 When he was young, Joe Innes found and subsequently buried a dead rat in his garden. This event is the subject of Pet Cemetary – the opening track of his debut album The Frighteners, and is a good example of the offbeat observations that litter his songs like a bin lorry rolling down Solsbury Hill. Joe has been playing shows in London for years, gaining support for his own personal brand of anti-folk, and finding himself supporting artists like Caitlin Rose, Sea of Bees, Alessi’s Ark and She Keeps Bees. At the end of 2011, a band was put together to record and make a bigger noise with. Thus, The Cavalcade was formed, a garage-folk outfit that has been compared to Jeffrey Lewis & The Junkyard, Bright Eyes and The Pogues.

Joe Innes & The Cavalcade are a post-Brexit indie-folk band from London, led by singer/songwriter Joe Innes, whose masterfully offbeat and often irreverent songwriting has gained praise from national radio and online, being described as things like “a master of words” by This is Fake DIY and “just brilliant” by Tom Robinson on BBC6 Music.

Their early releases were financed by Joe selling his comic book collection, and subsequent EP “Brian, I’m a Genius Too” was lauded by The Line of Best Fit among others for its “masterful and confident melody”. Then, following a European tour and numerous festivals spots, Joe and the band began work on their debut album – after a hugely successful crowd funding campaign raised a lot more money than selling comics did.

That album ‘Foreign Domestic Policy’ is a stunningly poignant and relevant piece of work in today’s current political climate – mixing elements of folk, indie rock and protest song to document everything going on, on both a macro and micro scale.