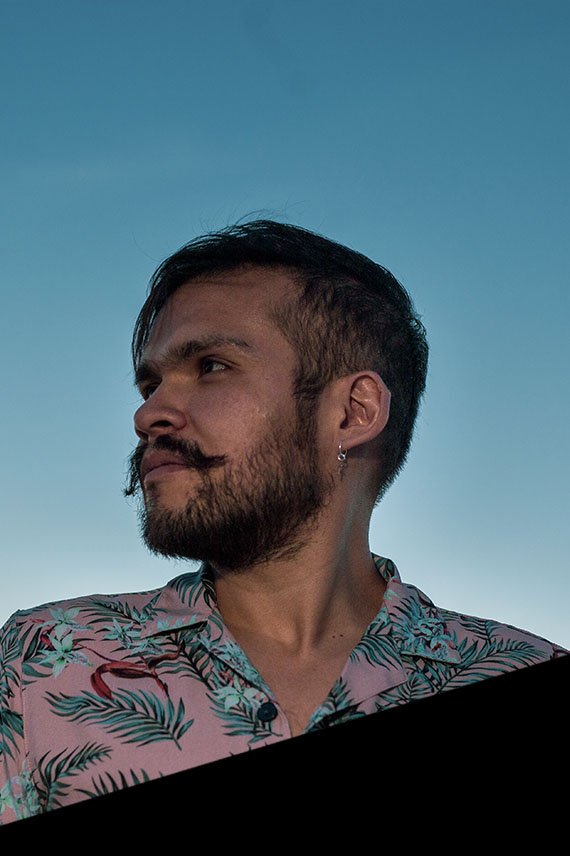 Independent music producer from México.  As a self-taught musician he mixes the grooves from the late seventies disco, eighties funk, the catchy rhythm from house music and the vibes of jazz, creating a groovy atmosphere is his productions. He has been playing all around Mexico in several cities, clubs, parties and stages, having the chance to share scenario with major names on the music industry such as James Richardson (MGMT), Thris Tian (Boiler Room), Jupiter, Thieves Like Us, Vagabundo Club Social, Hotmood, The Funk District, Mike Simonetti, Gledd, and so many more. He got place #89 of the Traxsource's Top 100 Nu-Disco artists of 2019. He recently performed at Carnaval Bahidorá, one of the major music fests in Mexico alongside with Masters At Work and Erykah Badú He founded the record label Super Spicy Records at the very beginning of 2020, focused on releasing the best of funk, disco and jazzy music from around the globe. So far, the musical curation of his label includes respected producers of the likes of Hotmood, C. Da Afro, J.B. Boogie, Igor Gonya, Gledd, Rob Castillo, just to name a few.