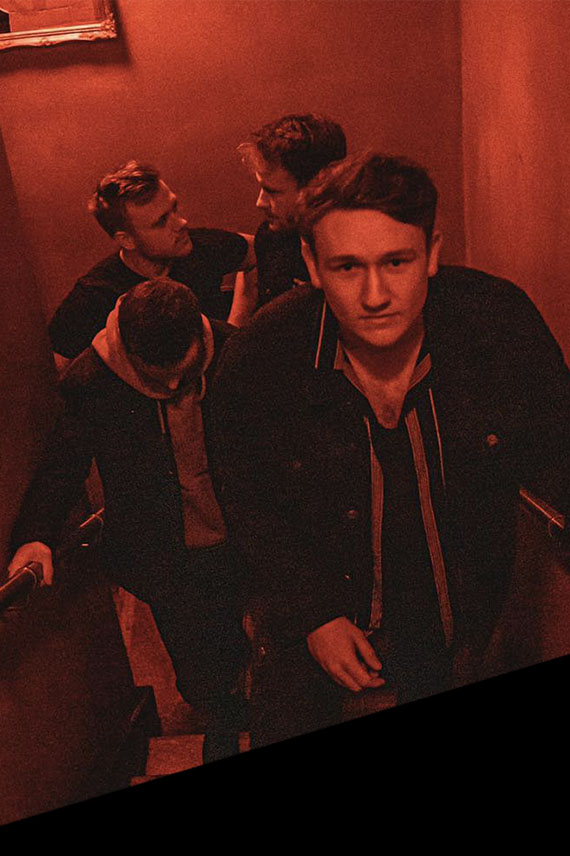 Tom Lumley & The Brave Liaison are fast gaining themselves a reputation for being a “must see” band who are known for taking to the stage with monumental energy that’s felt from the front row to the back of the room. The band have been together less than three years but have already supported some of the UK’s hottest acts which include The Hunna and Sam Fender. They took to the stage in 2017 to play the very last Secret Garden Party for BBC Introducing, at the time having only been a band for a matter of months. Following on from that, they’ve played stages at Isle Of Wight, Tramlines, Bestival, Camden Rocks, Truck, Wilkestock, Dot To Dot, Splendour and Green Meadows festivals. They’ve been tipped on Huw Stephens’ BBC Radio 1 show as ‘ones to watch 2020’. The bands most recent single ‘Casual’ received This Feeling’s ‘Track Of The Week’, ‘John Kennedy’s Recommends’ track and weekly playlisting on Radio X. Their first two singles, ‘Chardonnay’ and ‘Casual’ received regular plays on Amazing Radio and BBC Introducing Cambridgeshire which led to the band being chosen to record a live session at the prestigious Maida Vale Studios for BBC Introducing. The band have also received recognition from popular press outlets in the form of Clash and It’s All Indie amongst many others. Having sold out tour dates up and down the country in 2019 including Brighton, Southampton and their biggest hometown headline show to date at Cambridge’s J2, it’s no surprise Tom Lumley & The Brave Liaison have been tipped by Radio 1, BBC Introducing and This Feeling for big things in 2020!