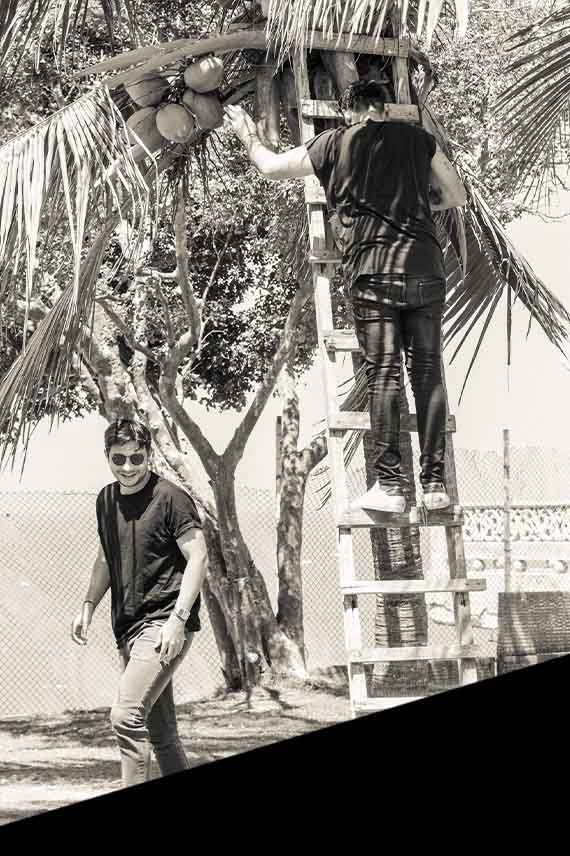 Vagabundo Club Social began as an alternative dance music movement to the techno and deep house scene that had their home town party-goers in Barranquilla, saturated an bored. A group of friends got together and opened the first house and disco bar in the city called Conquistador del Prado which quickly earned a reputation for housing some of the best DJ's and events. After the bar shut down, Jaime Tuiran and Juan Pablo Pinedo, which were well known for their previous project, Coast Connection (Cinema Club Residents from 2006 till 2009) continued their work as VCS, touring across the country and producing great music along the way. Vagabundo Club Social is known for using organic sounds, disco, funk and house in their sets, inspired by classic house and by analogue synth sounds of the '70s and '80s, they are the perfect fusion between electronic groove and caribbean flavor with Latin overtones, and sometimes even African rhythms and percussion, which give a new fresh feeling, colour and meaning to what is known as electronic music. They are producers signed and published by labels such as Whiskey Disco, Razor -N- Tape, File Under Disco, Buddhist Army, Lovedancing, among others, and also have the professional support of artists such as Sleazy Mcqueen, Eddie C, Dicky Trisco and Pontchartrain, Jkirv, among others.