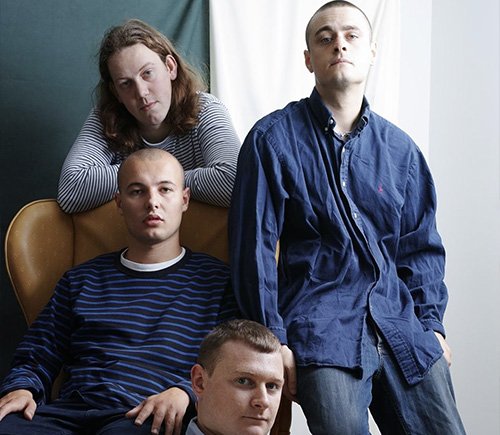 Gotobeat is excited to team up with The Amersham Arms to welcome an exceptional lineup on Thursday, December 3rd.

On The Door £10
Free for Gotobeat members. More info here.

TWO DAY COMA – Two Day Coma’s foundation started with childhood friends Tom Harris and Jake Scarborough. When Tom’s stark, honest songwriting style met Jake’s knack for DIY recording the pair began making bedroom demos that aimed higher than their makeshift studio. When the two met multi-instrumentalist Ollie Lucas and the drummer Zac Harkavy the band was complete. Taking influence everywhere from britpop and indie to grunge and folk, the Bristol based four-piece have managed to find an emotive sound that is truly original. Since their first release back in 2017, Two Day Coma have earned the support of BBC Introducing and BBC 6 Music’s Tom Robinson among others. The band’s 2019 single ‘Shudder’ was featured as Clash Magazine’s Track of the Day and was selected by Spotify for a number of their playlists including The Indie Lists ‘Best Of 2019’.

DAYANA – Is Scottish /Colombian Vocal Powerhouse writing and performing with her talented band members. Proudly growing up in one of the most destitute areas of Edinburgh, DAYANA’s voice gave her wings that from her humble home brought her to London. They have released their first two singles and EP.
DAYANA have played in various venues in London including Fiddlers elbows a couple of times, Hootannany Brixton, Camden assembly, Notting Hill Arts club and they played at a famous rock bar at the bannermans in Edinburgh and sold out for a great show, they have also recently performed at 3 sofar sounds and will be the main support for the band Wishbone Ash in October 2020.

HELENA DEANS – Originally hailing from Denmark, Helena will be performing solo renditions of powerfully soulful ballads taken from her 2017 EP ‘Gasoline’, plus some potential new material from the up and coming songstress.