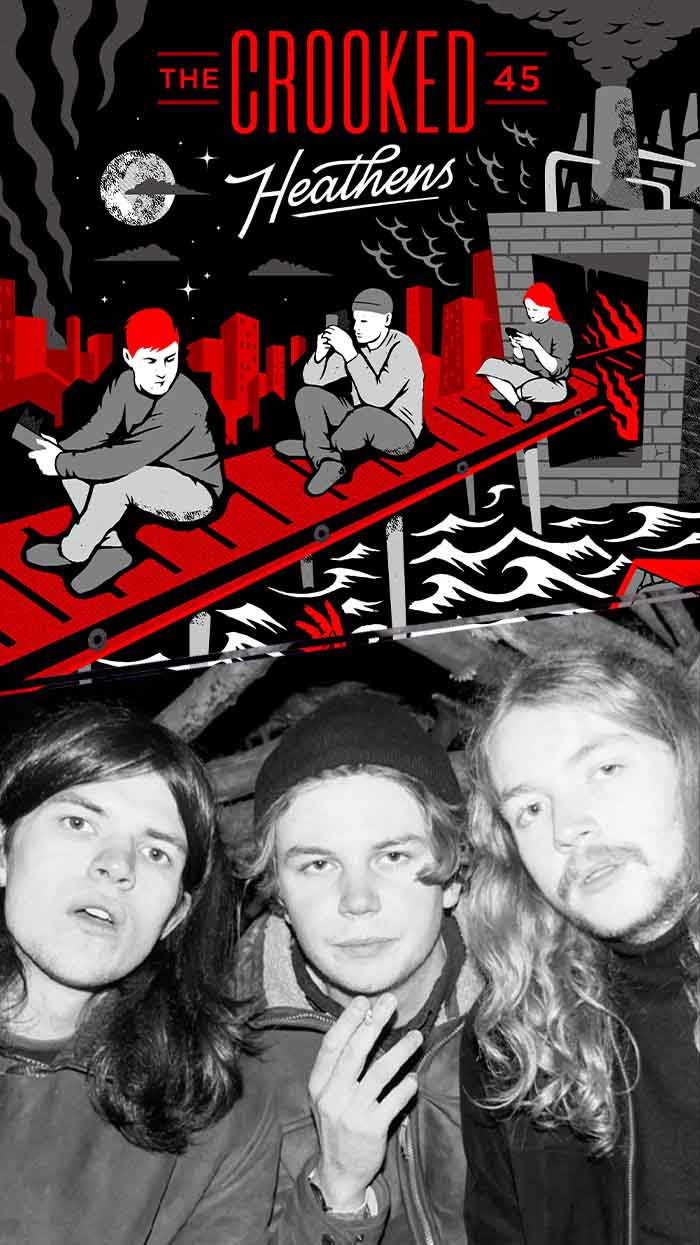 We are excited to welcome The Crooked 45 to The Slaughtered Lamb for their Heathens EP release show with Stone Cold Fiction.

THE CROOKED 45 – The Crooked 45 is a UK rock trio based in Reading featuring former members of Attention Thieves, Alex Green and James Harris plus singer/songwriter Sam C Harris. The bands message, attitude and energy align with politically astute punk bands such as The Clash and The Sex Pistols.Like then, a generation needs a voice to cut through the on-going murmurs of Brexit politicians and reality TV stars.Brash and bold The Crooked 45 deliver their message with big riffs, smart, relatable lyrics and catchy choruses that can be compared to other UK bands such as The Arctic Monkeys and Royal Blood.

STONE COLD FICTION – Formed in 2015, Brighton via Bristol based Stone Cold Fiction have toured the UK and performed at notable festivals including Isle Of Wight, BBC 6 Music Festival and Dot to Dot. They have also played support slots for IDLES, Demob Happy and Cleopatrick. In 2018, the band worked with producer Marc Jones (Band Of Skulls, The Heavy) on a string of singles. The release of ‘Two Step’ and ‘Closet Psycho’ saw the band headline multiple tours of the UK, as well as Conges Annules Festival in Luxembourg. The last of the three singles ‘Drip’ was released in January 2019, closely followed by more shows, including a sold out performance in Amsterdam. 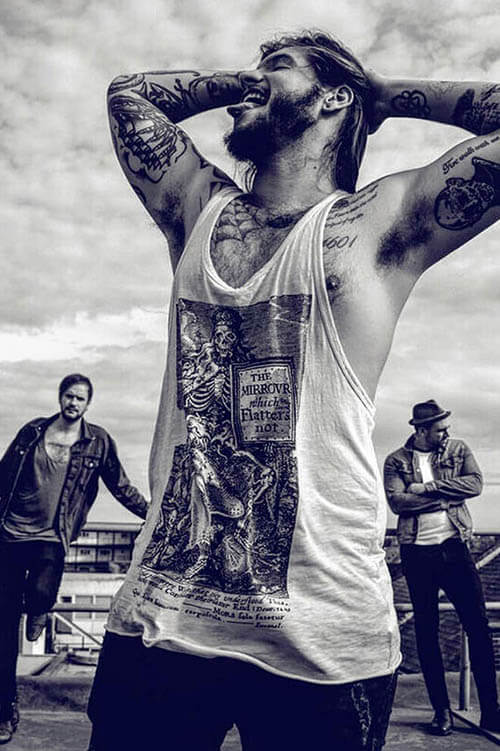 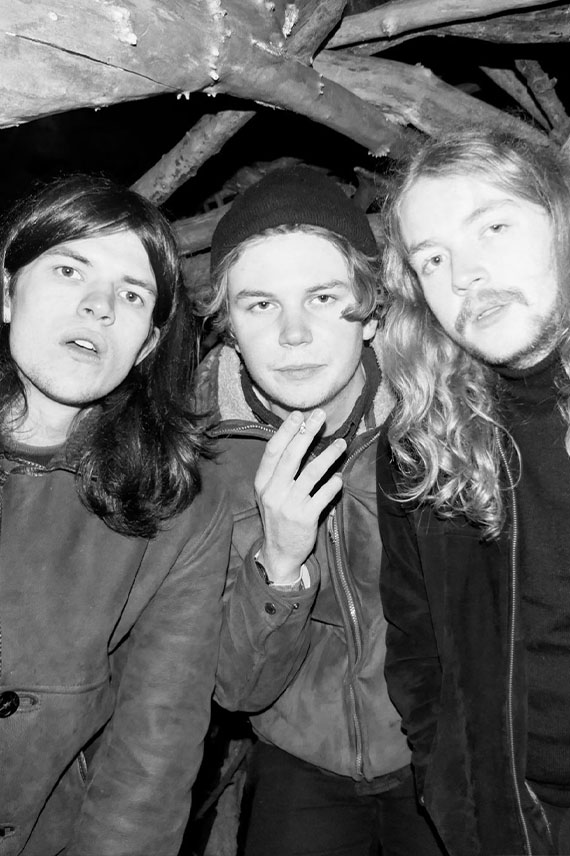 Formed in 2015, Brighton via Bristol based Stone Cold Fiction have toured the UK