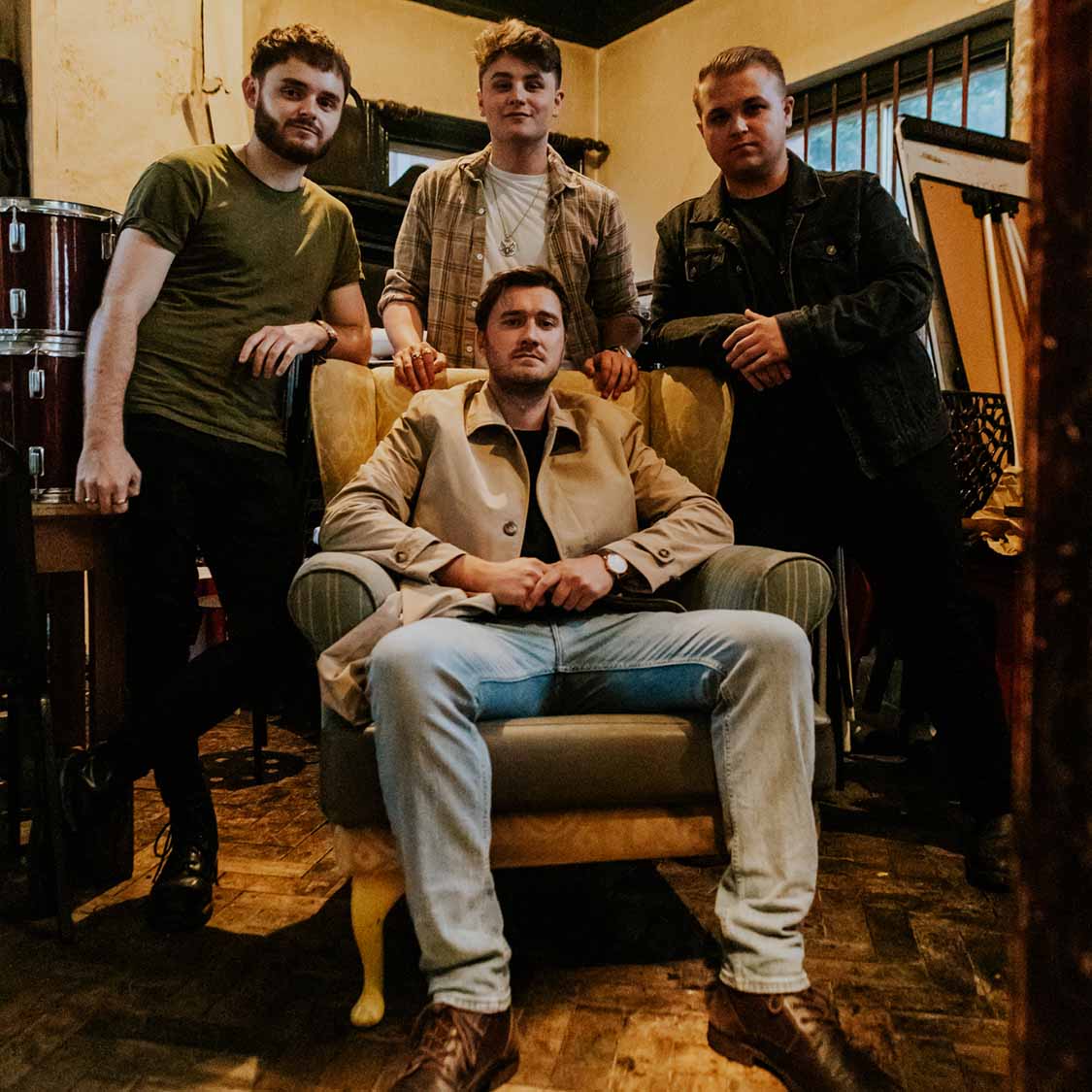 Gotobeat is excited to team up with The George Tavern to welcome an exceptional lineup on Saturday, June 4th.

CLICHÉ CULT – Formed in June 2020 and born out of the first lockdown in the UK, Cliché Cult haven’t been together long but have big plans for the future.Based in Leeds, UK they are adding to an already vibrant and diverse music scene, and with hopes to finally play live in 2021 they aren’t going to be one you want to miss.

PAUL SHINE (from DEAD WRITERS) – Suave and elegant rock’n’roll romance with a suitably sinister edge’ – The Vapour Trail Records / ‘Astonishing’ – Nick Cave. With their dreamy and emotionally charged songs, fusing melancholy with defiant bursts of energy, anthem choruses and poetic lyrics, the darkly romantic Dead Writers enter the scene to shake the rock world by channelling a spirit of true artistry between doses of melody, mystery and pure electricity. Led by charismatic frontman/songwriter Paul Shine, their arresting live performances have so far earned them consistent crowds in the London independent circuit. Their music displays influences from 70’s rock to 80’s post-punk, possessing a classic feel while sounding fresh, deep and relevant to contemporary listeners. Following the singles ‘Medusa’ and ‘Echoes In The Sun’ (2018), the catchy rocker ‘She’s All The Animals’ (2019), feat. Iggy Pop’s bassist Ben Ellis, received rave reviews from both press and their loyal followers. Their video cover of Nick Cave & The Bad Seeds’ ‘(Are You) The One That I’ve Been Waiting For?’ (2020), was broadcast on Bad Seed TeeVee YouTube channel – to the delight of fans all over the world – and praised by the goth icon himself on his website. The band’s self-titled debut EP is set to be released in early 2022. The first single ‘Among Spirits’ was released in October 2021 along with a studio session video filmed at Grand Chapel Studios. Dead Writers are currently booking their first UK tour and festival dates for 2022.