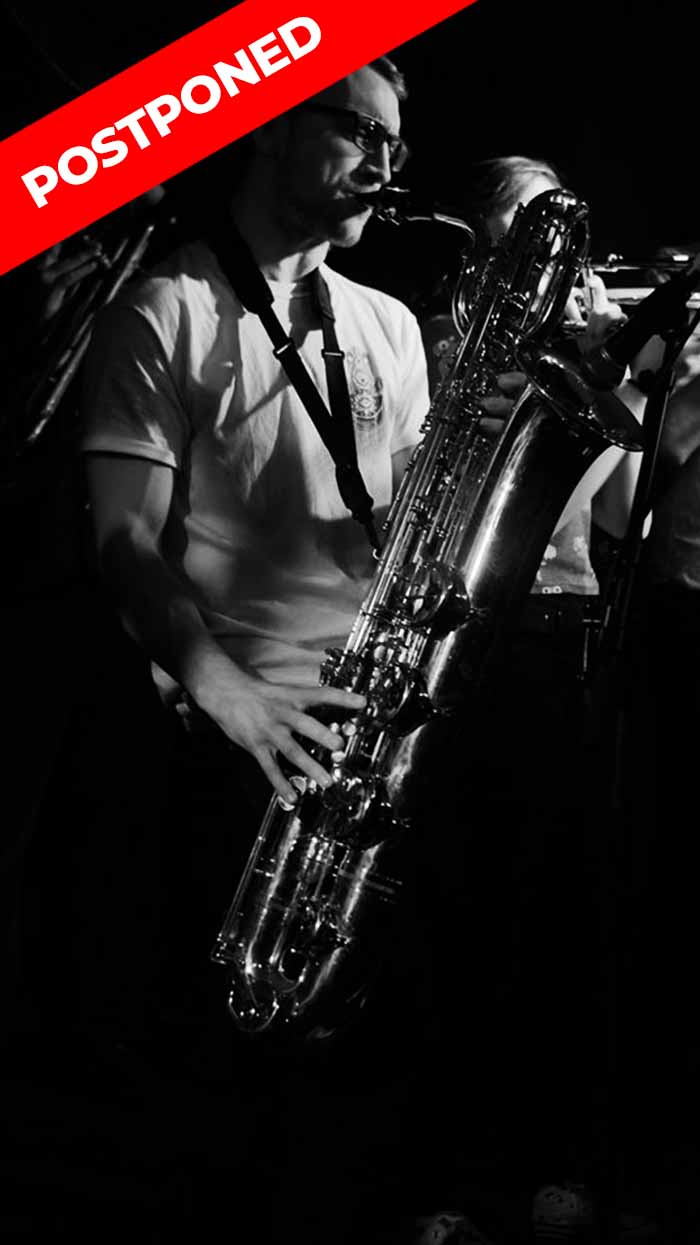 Join us on Saturday 28 March at the newly refurbished Paper Dress for an evening of jump up Funk with the brass-tastic Full Tilt Collective, instrumental funk dons The Wax Preachers and new, young brass scamps New Car Smell opening up from 8pm!

After the live music we’ll be rolling till 3am with Tonic Disco for an evening of discerning disco!

FULL TILT COLLECTIVE – Brass heavy, 11 person party-starters from London, playing an eclectic range of genres including funk, soul, rock, reggae, ska, hip hop and drum and bass.
Influenced by the likes of Hot 8 Brass Band, Funkadelic, Toots and the Maytals and Sly and the Family Stone, frontman and founder Nathan Thomas was inspired to start the band following a road trip from New Orleans to Nashville.
Since their debut gig in September 2016, Full Tilt have graced the stage at venues all over London including Rich Mix, The Blues Kitchen and Hootananny Brixton, Pizza Express Jazz Club, Paper Dress Vintage, and Archspace as well as festivals like Isle of Wight, Small World and Sunrise. 2019 saw the release of their debut studio video, ‘Never’ (following live videos of the tracks ‘Keep the Candle Burning’ and ‘Imagine’) as well as their third EP ‘Out of Line’.
An ever-growing collective of musicians, any one lineup features lead vocals, guitar, two backing vocalists, two trumpets, two trombones, baritone sax, tenor/alto sax, drums and sousaphone.

THE WAX PREACHERS – Get ready for hard hitting, horn led, heavy instrumental funk. The Wax Preachers are new to the scene but bring a wealth of experience to the game, with members from London’s finest Soul Grenades and Smith and The Honey Badgers.

NEW CAR SMELL –  is a high energy 3 piece group spear-heading the next wave of brass in London.