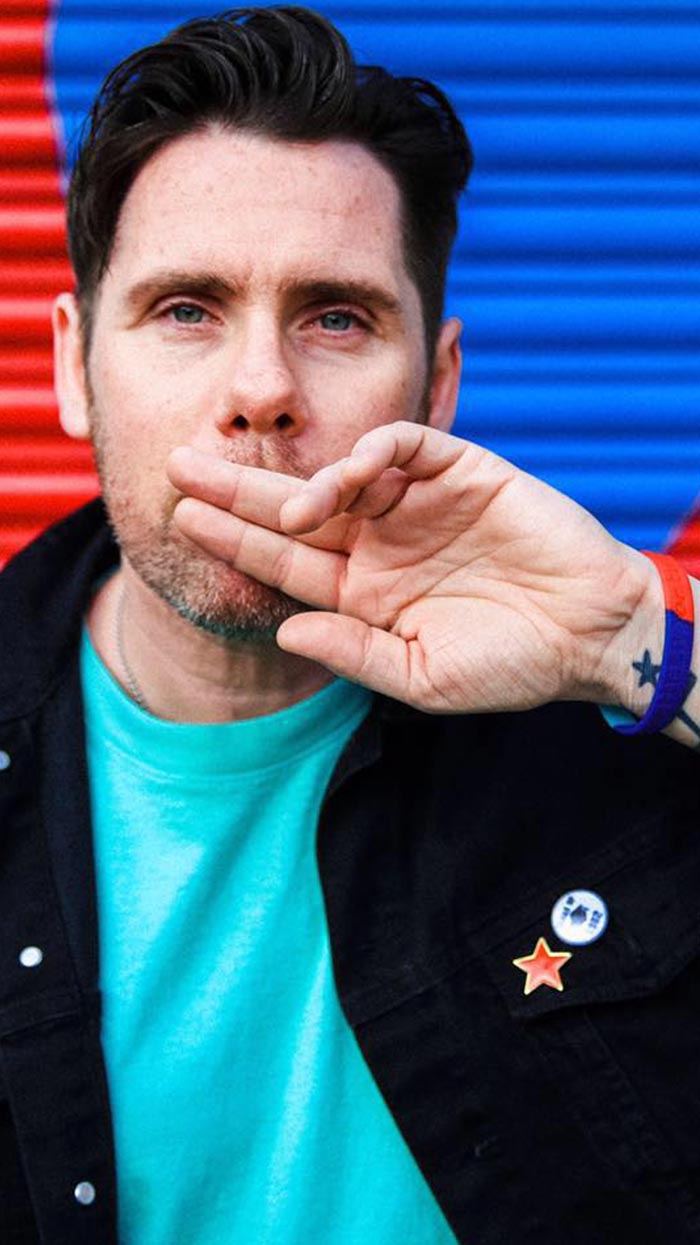 Si Connelly – After growing up under his Dad’s DJ booth, in the spit and sawdust nightclubs of the ’90s, Si Connelly emerged with a vast pallet of influences and a suitcase of adrenaline-fuelled postcards.
After years on the underground UK live scene, Brighton based Singer-Songwriter Si Connelly released his debut album ‘Youth, War & Joy’ in 2016 on the West One Music Label.

While living out of his car, Si begged, stole and borrowed, Brit-Award-winning Produced Chris Potter (The Verve, Blur, The Rolling Stones) and Grammy-Award Winning Produced Dom Morley (Adele, Amy Winehouse) to create his debut album. The albums lead track ‘Hurt You’ featured on hit ITV drama Monroe and was also picked up by Coldplay, who backed Si’s vocal performance.

2017 saw the release of his second album ‘Eject’ featuring a massive 24 tracks, followed by 2018’s 13 Ghosts EP. Eject and 13 Ghosts were the first albums released on Si’s own label Dead Rabbit.

2019, saw the release of ‘Dreamers’, Si’s first single taken from his forthcoming self-produced third album ‘Change’. ‘Change’ is scheduled for release on 17th July 2020, although many singles are set to be released throughout 2019. ‘Change’ will also feature the 6 Music & BBC Introducing backed single ‘Lion House’.

Si’s live performances have quickly been gaining him a loyal following and his audiences are growing at every show.
BBC Introducing & Observer have both given Si their stamp of approval by labeling him, “A serious one to watch in 2020”.