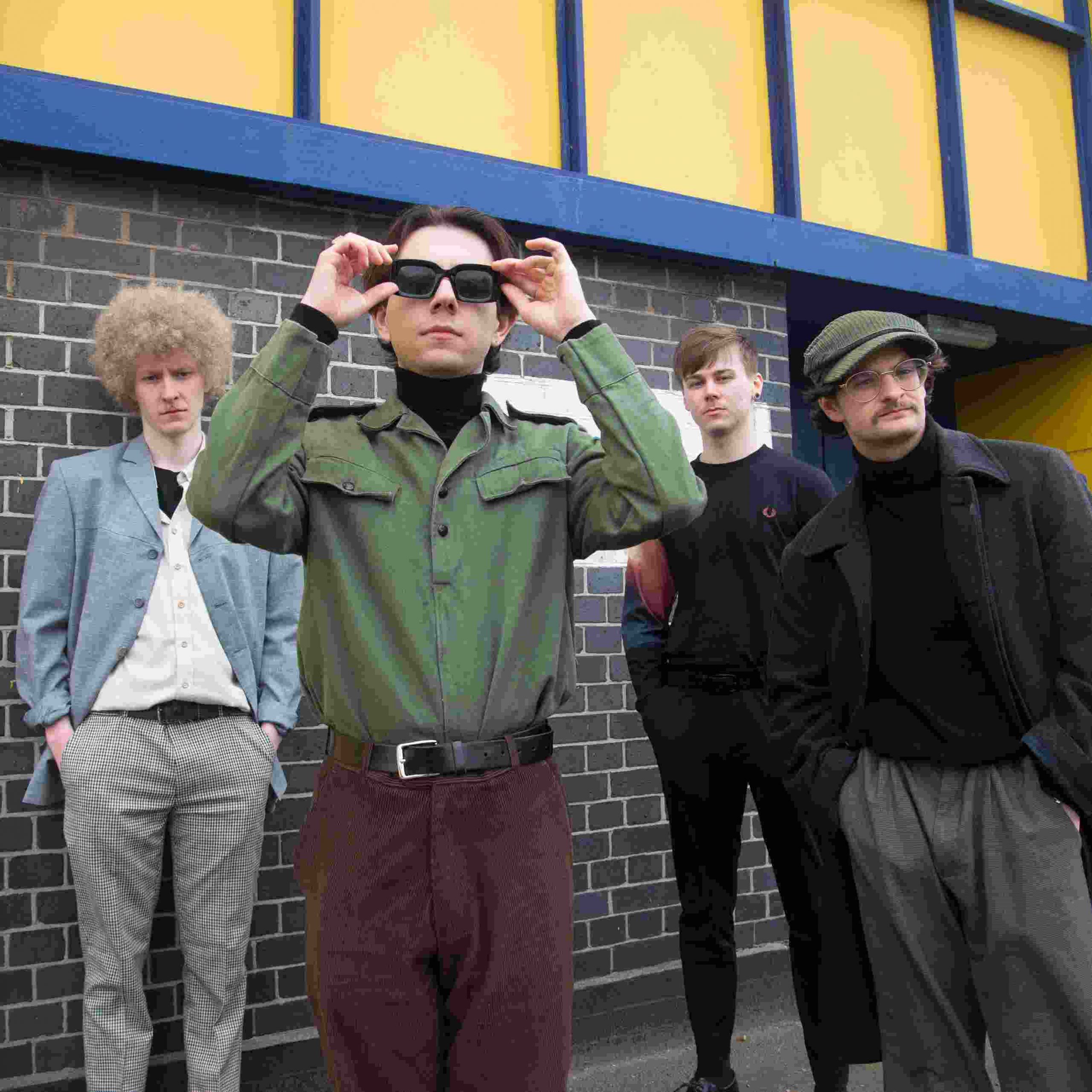 Hallan with Medium Keeper and Career live in Haggerston

Gotobeat is excited to team up with Signature Brew Haggerston to welcome an exceptional lineup on Wednesday, July 6th.

HALLAN – Hallan are a Portsmouth-based four piece who write and rehearse in an 18th-century fortification built into the side of a hill and surrounded by a forest. It’s within these dramatic surroundings that frontman, Conor Clements channels the frustrations, insecurities and events of early adulthood into his lyrics. Which are littered with observational poetry and messages of reassurance that you’re not alone in this overwhelming world. With the band drawing influences from the people they cross every day – in the supermarket aisles, on your Facebook feed, next door neighbours. Hallan observe and commentate on British life via an Orwell-influenced bleak vision of the future and the cut-up style of Burroughs and other beat generationers.

Hallan have already started to build an army of local fans. Their last headline show sold out so quickly in advance that the support acts weren’t allowed any guests and having supported the likes of Porridge Radio and Sports Team, the future looks bright for the seaside town’s exciting, young act.


MEDIUM KEEPER – Medium Keeper is a new four piece assembled from across London by songwriter and Montrell guitarist, Michael Kurtz. The quartet scours new planets, monasteries, and medical laboratories in search of ways out of crumbling love lives, collapsing environments, and pandemic-induced loneliness. Their sound combines the scrappy guitars of Pavement and Dinosaur Jr with space age synth lines and soft two-part vocals.

CAREER – London band career have released their debut EP Letting Out The Slack having signed to Sheffield-based independent label Bingo Records (Mr Ben & the Bens, Potpourri, John Myrtle). A triumphant follow-up to 2019’s self-titled debut EP, Letting Out The Slack sees the band on form with more of their trademark tricky guitar interplay and groove-based rhythms with a frantic vocal delivery.